I'm going to be super punctual this week! WOO! 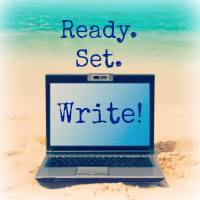 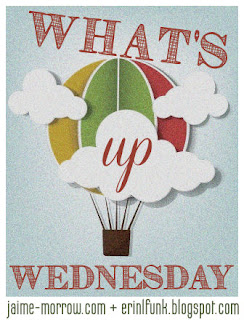 What I'm reading:
I have one more book to finish beta reading, and then I'm done for now!!!

Then I get to read research books!!! I'm quite excited about a couple of them :)

What I'm writing:
DRAGON FAIL got to 35K, and I still have a few days to reach my 40K June goal, so I think it's going quite well so far!

I've got most of the back half of the book semi-plotted, so hopefully it all turns out better than I'm anticipating!

Here's another excerpt, still from Darien's POV (if it seems like I'm hiding my other narrators, I kind of am haha). Darien's lying about Reggie's identity for certain undisclosed reasons right now.

And King Dave isn't really a King. He's Questland's manager, and just makes everyone call him that.

“King Dave,” Darien hit the king’s back. “I have a favor to ask.”
“Oh?” Dave asked, eyes drifting over Darien’s shoulders to the others. “And what’s that?”
Darien turned, gesturing to Reggie. “This is my cousin Tom.” Dave raised an eyebrow, but Darien shrugged. “My aunt’s British. Anyway,” he continued, before Reggie could say something dumb. “Tom’s mom ---my aunt--- decided to leave him here for a couple of weeks. You see, dear old Tom here has suffered from a really lame fear of the ocean for his whole life. I think it started when we were kids and I decided to pinch his feet under the water. I had him convinced that crabs the size of Labradors lived in the water, and-”
“You said you had a favor to ask?” Dave interrupted Darien’s spontaneous monologue.
**************

I've plotted out the other stories I'm working on, and am slowly writing those whilst writing this one.

There's just SO MUCH WRITING going on right now, and I love it!

I previously learned how to play the cups, but I figured that a guitar might be a bit more useful in the long run. Also, I look really tired in that video. Is that how I looked all through grad school?

Anyway, we just so happened to have a guitar hanging out at home with no one to play it, so pretty soon I'll post way too many song covers on my YouTube page hahaha

What inspires me right now:
Ummm, really sad things? Which is kind of terrible, probably, but that's how it goes. My awesome writer friend KK and I are pretty much spiraling into super sad manuscript territory, so we started recommending songs to each other to speed the process up.

So I currently have "Leave" from a musical called "Once" on repeat, 'cause I recommended it to her and realized that I really, really love this song :)

And I'm going to figure out how to play it on guitar...eventually haha