I did that heroine generator thing again!

I had so much fun doing this the first time around that I wanted to do it again for my two awesome heroines in my summer dragon story! Much love and many thanks to my awesome CP, Jen, who inspired me to do this in the first place :)

So, first up, we have Priya. There are many things I enjoy about Priya, and her endless amount of snarky nicknames for one of the other characters in the story is definitely one of them! Priya's also a theater geek and might have issues in the "making friends" department, but if she becomes your friend she will protect you at all costs. She has mad mechanical skills, which she hones while maintaining a dragon at the end of a tourist trap's medieval maze. This is Priya when she's not working at her summer job (she totally prefers these clothes). 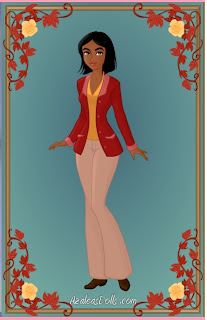 Look at that smirk.

And then I was really mean and put her in her work uniform. 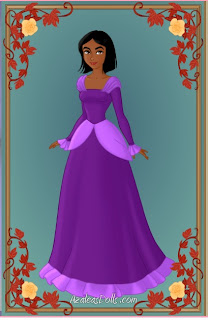 I kind of enjoy that she's smiling here, but in a "I reaaaaaaally hate you for doing this" kind of way. That is the smile of someone who is quietly plotting revenge...

Next up is Lyris! I can't say too much about Lyris without spoiling lots of things about the story, so for now, here's what she looks like! 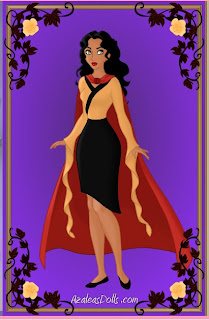 I'm not really sure about her outfit, but the red cloak is really the most important part anyway! She is clearly not happy about SOMETHING, and this is probably the expression she maintains through most of the story.  She's pretty awesome, though. Don't let those swirly sleeve things fool you.

So there ya go! DRAGON FAIL's awesome heroines!

P.S. I'm seriously doing this with every set of characters from now on :P