But it'll be fine because I've found something awesome via Twitter and Tumblr - Jessica Sinsheimer is running a Bad Query Contest and everyone's invited to participate!  The winner gets a query critique - or they can pass it on to a friend if they don't need it!

I had way too much fun writing mine last night :) The contest is open until March 1st, so get those bad queries in (rules and the contest email address are on the Tumblr page).

Here's my entry - it won "Best insult to Labradoodles (and best-worst job at making the writer appear sane)!" 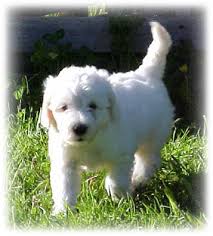 I really don't think they're evil, I promise!

Be back soooooooooon :) Go write a good bad query!
Posted by Alex Brown at 10:15 AM