Might've lifted this title from the amazingly awesome Dr. Horrible's Sing-Along-Blog (sorry, Joss et al.!) but I figured it applied, because I've been tagged not once, but TWICE in this "share 7 things about you that no one knows" blogging thing, so I'm gonna do that now.

Thanks to Alli and Jessika for tagging me :)

THING #1:
I'm anonymously (and maybe illegally, I'm not sure) in a BBC documentary for like 5 seconds.  To keep the longest of long stories short, a random camera crew recorded my freshman English class one morning (one of the walls to our classroom was a massive window, so yeah, I guess we were convenient).  We thought it was maybe something our school sanctioned, but it wasn't and a couple months into the semester we found ourselves in a BBC documentary.

Naturally, I sat RIGHT AGAINST THE GIANT WINDOW, so freshman-in-college-Alex is now forever immortalized somewhere on British television.

THING #3:
This is kind of weird, but I don't have recurring dreams in the way one would normally think.  I tend to make up places (one is Disney's Haunted Mansion ride, but the ride goes off-track and to some random place, another is this castle-hotel-thing that you can only get to if you take a treacherous mountain path that is oddly specific in the things you can and can't do on said path...)
ANYWAYS.
I have dreams, different dreams, in the same made up places a few times a month.  Sometimes the dreams in the same place continue on from night to night, but I've been dreaming about these fake places for years now, and having tons of different dream adventures, and everyone I've asked about it has said they've never had recurring-made-up-place dreams, so you all are my last hope.
Has anyone else done this?

THING #4:
Uhhhhhhhhhh, I'm originally from Virginia Beach, which means I grew up about 10 minutes from the ocean and have a really weird love for tourist traps, boardwalks, and the giant Neptune statue we have at our oceanfront. 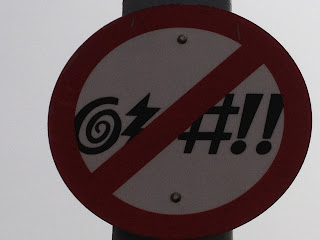 Also, we have these signs up everywhere. Locals get fined for cursing when the tourists are around.

THING #5:
I've gotten three speeding tickets.  The last one should drop off of my license this may, but they'll stay on my record 'till 2016.  Wooooooooooooops.

THING #6:
I volunteered at our aquarium, which used to be called the Virginia Marine Science Center, but is now the Virginia Aquarium, in high school.  I helped out with summer camps for kids, and since I'm kinda uncomfortable around small  children, lots of hilarity ensued as I taught them about sea creatures.

THING #7:
I originally went to college wanting to be the next Jack Hanna.  I thought going around on talk shows and telling people about Jaguars and why they were important was a legitimate career path, and my back-up plan was to become a Sea World Whale Trainer.  Or a dolphin trainer.
I decided that I couldn't be Jack Hanna after a very terrible class called Dendrology.  Yeah, the study of trees. We had to know their latin names, their common names, and we had to know them while we were in the woods.
I'm from the beach.
Water and trees are not the same thing. 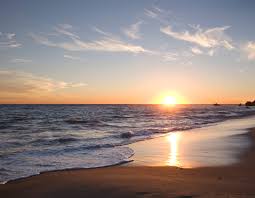 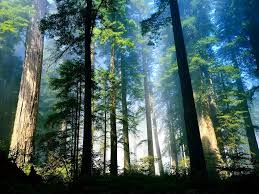 So yeah, totally tanked the class (I mean, I passed, but not gracefully) and decided that Psychology, and eventually Student Affairs, were way more up my alley.

So now you know :)  I think I'm supposed to continue this, so I'm passing it on to:
Elodie, because she's awesome and will send me German Chocolate some day :P
Jamie, for having that confetti cannon ready for me for when I finished writing my pseudo-thesis
Jen, even though I linked to her book review blog instead of her other blog, because we have way too many things in common
And whoever else wants to do this!  If you'd like to share 7 random things about yourself with the world wide web, then go forth and type!